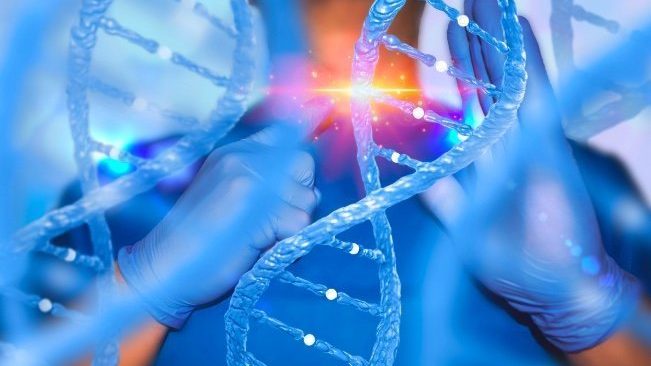 UNC-Chapel Hill’s gene therapy center has birthed yet another startup in the Triangle.

The latest spinoff is Raleigh-based GeneVentiv Therapeutics, which announced earlier this month that it has signed a license agreement with the university.

The agreement allows GeneVentiv to develop a hemophilia treatment based on research from Dr. Chengwen Li, who runs a lab within the gene therapy center. GeneVentiv lists Li as its cofounder and a scientific adviser.

UNC’s gene therapy center has been prolific in creating spinoffs tied to its researchers in recent years. Most notably, its leader Jude Samulski just sold his startup Asklepios BioPharmaceutical to the German pharmaceutical giant Bayer for up to $4 billion.

In the past few years, gene therapy has grown from an experimental idea to one of the hottest sectors in the biotechnology world. The first gene-therapy treatment approved by the U.S. Food and Drug Administration came in 2017, and since then big-name companies like Pfizer and Bayer have invested hundreds of millions of dollars in companies developing gene therapies.

The therapy targets genes to treat diseases in a variety of ways, like replacing a mutated gene that causes a disease with a healthy one, knocking out mutated genes, or adding a new gene to counteract a disease.

GeneVentiv is focusing on hemophilia, a genetic disease famously associated with Queen Victoria of England, who passed on the gene for the disease to multiple royal houses across Europe in the 1800s.

Hemophilia causes blood to not clot properly, leading to severe bleeding from even minor injuries, like a cut from shaving or a bruise.

The disease is caused by a mutation of the genes that provide the ability to make clotting proteins, and it occurs in about one of every 5,000 male births, according to the Centers for Disease Control and Prevention. Women can suffer from hemophilia, too, though it is much rarer.

Two forms of the disease, hemophilia A (caused by a lack of the blood clotting factor VIII) and hemophilia B (a lack of factor IX), make up the majority of cases, according to Stanford Health Care.

Race said these inhibitors can also affect gene therapy treatments. But GeneVentiv believes its treatment can get around that problem by focusing on blood clotting factor V, which has a minimal risk for developing inhibitors.

If you could increase factor V production levels through gene therapy, the company believes, you could restore normal clotting without the need for factor VIII or IX.

“People often think because it’s a rare disease and because there are other gene therapies in development that it is a mature space,” Race said of the market for hemophilia treatments. “And actually, we could be first to market for inhibitor patients.”

If GeneVentiv’s experimental treatment is one day proven effective, it could also potentially lower the cost of hemophiliac care. Current treatments for hemophilia cost an average of more than $270,000 annually per patient, NPR reported.

That doesn’t include other health costs associated with the disease. Hemophilia patients frequently need to get knee replacements, for example.

“If you could get a single infusion cure, then that’s … saving the health care system perhaps $22 million over the course of a lifetime,” Race said.

Even more, “it’s a tremendous increase in your quality of life,” he said, “not to have to worry about nicking yourself shaving, not to worry about a bruise that might result in internal uncontrolled bleeding, and to know you’re cured. That hope has not been available for patients with inhibitors.”

“Here we have what is potentially a universal cure for all types of hemophilia,” Race said.

The company plans to start clinical trials on the treatment in mid-2022, according to its website.

This story was produced with financial support from a coalition of partners led by Innovate Raleigh as part of an independent journalism fellowship program. The N&O maintains full editorial control of the work. Learn more; go to bit.ly/newsinnovate